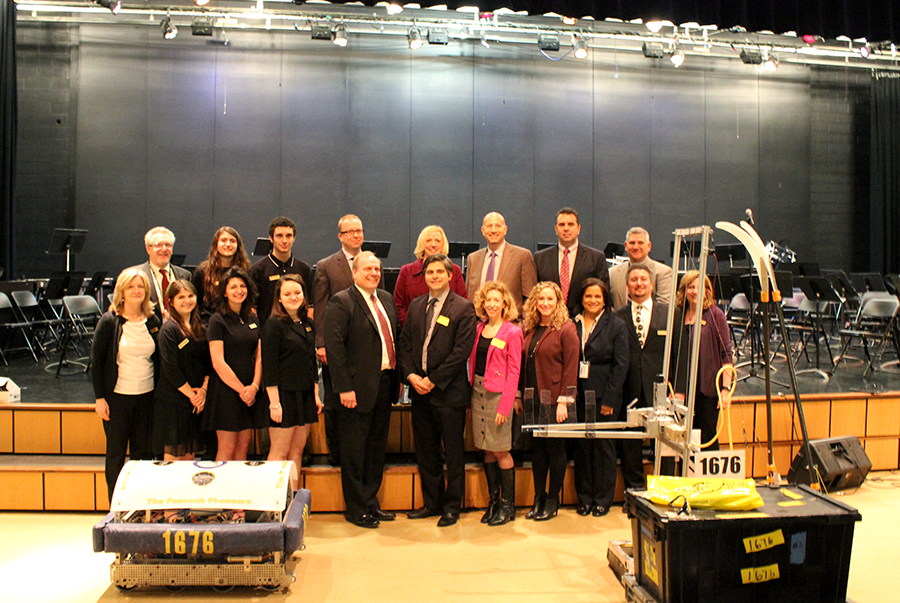 The presentation was well received. The Commissioner of Education immediately stated, “Let’s make this happen” and gave assignments to all the attendees. With the assistance of the Commissioner of Education’s office, the Pi-oneers met with the targeted schools to introduce Mentor-Based STEAM Programs. Team members spoke about creating a FIRST team, but discussed other options available such as Science Olympiad and VEX.

Team members traveled to the state capitol in Trenton, New Jersey, to further the Advocacy campaign. They also returned to the National Advocacy Conference later that month and spoke about the path to success and the creation of a state grant. During the summer, the team began planning the first annual New Jersey Advocacy Conference. The mission is to spread the awareness of FIRST and the importance of STEAM education for all.

As a result of numerous meetings and communications from the Pi-oneers, a grant of $15,000 was published in December by the New Jersey Department of Education titled FIRST Tech Challenge Mentoring Program- Bergen County Pilot. This grant allows the Pi-oneers to start and fund three FTC teams for two years. Currently, the Pi-oneers are mentoring these FTC teams and are looking forward to their future successes.